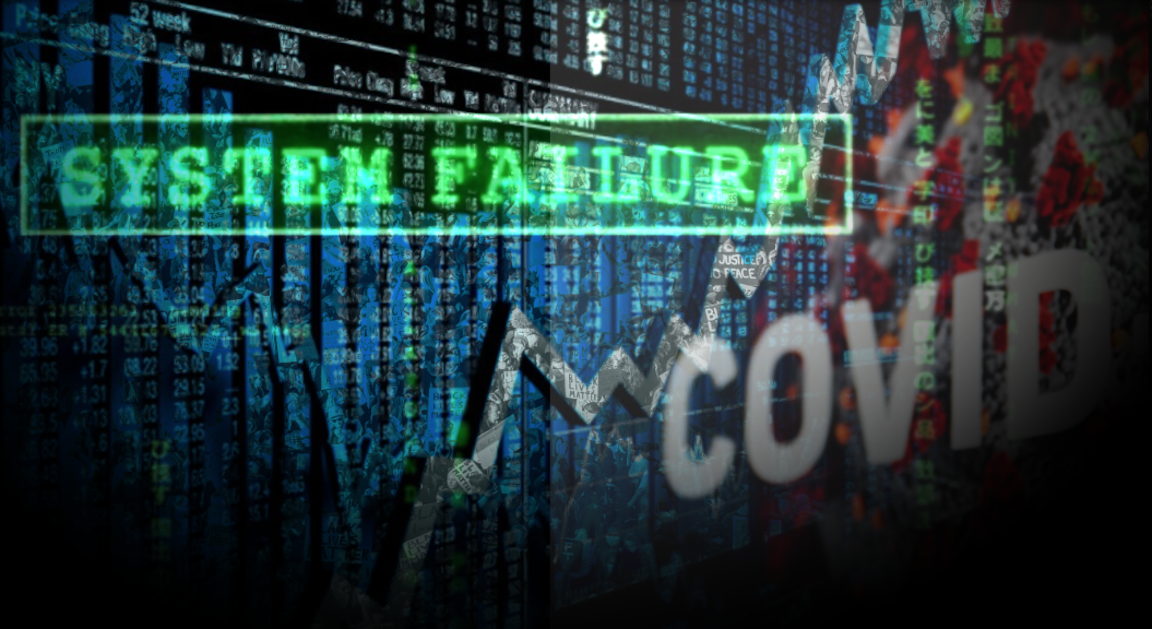 “If you don’t think that the mechanical processes that have been worked out over the course of the past month with the Fed now being a top-five holder in many credit ETFs was a test drive for equities purchases, you’re wrong”, Nomura’s Charlie McElligott said earlier this month, in a lengthy podcast interview.

McElligott was loosely referencing what some critics argue is an example of the Fed using semantics to skirt legal restrictions on what the institution can and can’t do in a pinch.

My contention has always been that such discussions are vacuous. We are, in essence, talking about the government and the rules it writes for itself. It’s true that there are procedural hurdles which make it theoretically difficult for one institution to unilaterally take actions not explicitly countenanced under existing laws governing its behavior without the blessing of other government organs which either write those rules or serve as a check, but if the last three years have taught us anything, it’s that America’s vaunted system of checks and balances doesn’t work very well when challenged.

Without delving any further into the politics of the situation, McElligott’s point was simply that the Fed spent the last four months working out the linguistic acrobatics necessary to justify the purchase of risk assets. Although the likes of Janet Yellen have paid lip service to the need for the central bank to ask Congress for expanded authority, you’d be obtuse to believe that such permission would be deemed necessary by the Fed and Treasury given recent events.

“I do think that a lot of the logistical workflow has been dealt with”, McElligott went on to say. “There have even been workarounds with regard to the language of the special-purpose vehicle that’s doing the purchases” of corporate bonds, he added, suggesting the need for a vote or change in the law to allow for stock buying may have been obviated.

Well, critics would say there are no circumstances under which the Fed purchasing equities would be necessary and certainly none under which it is advisable.

But leaving aside the normative concerns, I would note that the second half of 2020 is a veritable minefield, and navigating it could be commensurately perilous depending on the evolution of the domestic political situation in the US, the virus, and social tensions, all of which are inextricably bound up with one another.

It’s likely that some of the lasting damage to the economy dealt by the COVID-19 lockdowns will begin to manifest more clearly in the back half of the year. We’re still on track to top 2009 for bankruptcies among firms with $50 million or more in liabilities, for example.

Things continue to get worse for retailers, and some in the energy sector warn that the worst is yet to come there too. “Banks are completely unprepared for what is heading their way. They will need to figure out how to own energy assets this fall”, one E&P executive told the Dallas Fed in a June survey of the industry.

As for households, it still seems unlikely that Republicans will support the extension of the extra unemployment benefits that expire this month. That risks leaving newly unemployed or twice-laid off workers in the lurch. Remember, the collapse in “incomes” during this recession doesn’t look anything like that seen in prior downturns due mostly to the federal response.

I’ve often used a kind of 30,000-foot view to illustrate (see here), but former head of equity derivatives at RBC, Kevin Muir, points to the yearly change, adjusted for inflation (figure below).

“This recession has been dramatically different from the previous ones”, Kevin wrote. “A failure to roll crisis benefits, or an increase in layoffs from a worsening of the virus, could cause total labor compensation to experience a more normal recessionary collapse”.

Obviously, the risk of this is heightened in a scenario where new layoffs accompany the reinstatement of containment protocols in “hotspot” states, and this is to say nothing of hurricane season.

Meanwhile, despite the improvement in the headline jobs numbers, permanent job losses are piling up at the fastest pace since the financial crisis.

“Cumulative damages and ‘scarring’ from the pandemic have a time component as an important dimension – the longer it lasts, the more severe its consequences are likely to be”, Deutsche Bank’s Aleksandar Kocic wrote Friday.

“Policy can only be reactive in covering those damages because its scope and magnitude is unknown ex-ante — it is dependent on the duration of the crisis”, he went on to say, adding that “unlike in financial economics, where our expectations feed back into economic and market reality, in the real world, they do not”.

Risk assets, Kocic says, are still vulnerable to the realization of the “scarring” effect and especially to another escalation of the pandemic and the myriad other socioeconomic and political risk factors strewn across the calendar in the back half of the year.

Although risk assets have obviously benefited from the stimulus measures, Kocic cautions that they have a “relatively high negatively convex exposure as a verdict about the extent and scope of the crisis remains out of grasp”.

That harkens back to the VIX which, as discussed at length in “‘5 Major Crises’ And ‘The Big Whipsaw Of 2020’“, remains disconnected from equities and, as it turns out, other measures of volatility.

Simple ratios of the VIX to rates and FX volatility remain extraordinarily elevated. “While the spike in March was the doings of VIX, subsequent slow decline has been the effect of both the numerator and the denominator and their uneven decay in subsequent normalization of the markets”, Kocic wrote Friday.

He calls the uneven character of the decline “somewhat unusual”. After all, all markets are dealing with the same information, and while it’s only natural that volatility ratios should spike occasionally when idiosyncratic factors conspire to affect one asset class more than another (e.g., the implosion of the VIX ETP complex in February of 2018), Kocic writes that the current episode, to the extent it persists, highlights “the residual uncertainty about the way markets are metabolizing the effects of demand shock in the near-term”.

That latter point is key, and it shows up in the de-correlation of the VIX with rates and FX vol. The steep declines shown in the figures (below) don’t have much in the way of precedent in the last 15 years, outside of the financial crisis and the taper tantrum.

Kocic goes on to write that “the exogenous shock which activated the current configuration of intersecting crises has exposed the underlying negative convexity of the economy”.

This has been compensated for in rates by central banks (which are back in the business of supplying convexity, not just managing it), while the coordinated nature of the global monetary policy response means the effect has been distributed across FX. That leaves equities to metabolize the shock. As Kocic puts is, “The key question is the mode of realization of this negative convexity, its distribution, and the locus with its highest concentration”.

Looking ahead, it’s not terribly difficult to conjure any number of scenarios which could prompt another bout of severe turbulence for stocks, especially given the direct transmission mechanism from the “scarring” effect on the economy. Structural damage means activity and output resets sustainably lower, all else equal, which should then translate into lower earnings, and thereby falling equity prices, especially considering rates cannot go much lower.

Again, the intersecting nature of the multiple crises facing the US means it may be more difficult for markets to shrug off political turmoil and societal unrest. These issues overlap now, arguably more than ever.

“As the unrest was materializing, there was an element of the COVID anger built into that”, Nomura’s McElligott notes. “There was a little bit of a multiplier there”.

For Deutsche’s Kocic, the decoupling of the VIX from other measures of volatility could persist. “This is especially likely to remain if we see further escalation of the pandemic or in the case of other event shocks”, he wrote Friday. “While rates and FX stability might remain protected by policy response, risk assets are likely to be on the front line”.

Whether or not the Fed will “allow” things to spiral anew is the question.

Over the course of his trial by fire, Jerome Powell became quite adept at marshaling the tools at his disposal to tamp down measures of stress wherever they popped up, from dollar funding markets to high yield spreads. Colloquially, he became something of a carnival Jedi — the guy who shows up at the arcade once every six months and somehow wins Whac-a-Mole, an unwinnable game by design.

“The other thing I would add, is that there is also a view that around any kind of shock-down — if the market were to go vigilante — the Fed stands ready”, McElligott said on July 2.

The irony, of course, is that if the Fed does get into the business of buying stocks, it will only exacerbate some of the key factors contributing to the dynamics at the heart of the worst societal unrest America has seen in five decades.